In the US starts work day often much earlier than in Europe. For example, it is not unusual to conferences such as ALA Annual Conference starts at 7.30 in the morning. However, I am a little surprised that the program this Saturday starts at 6:30 - And as I am from Europe, I hope it's ok, I meet at 8am - It's saturday for christ's sake 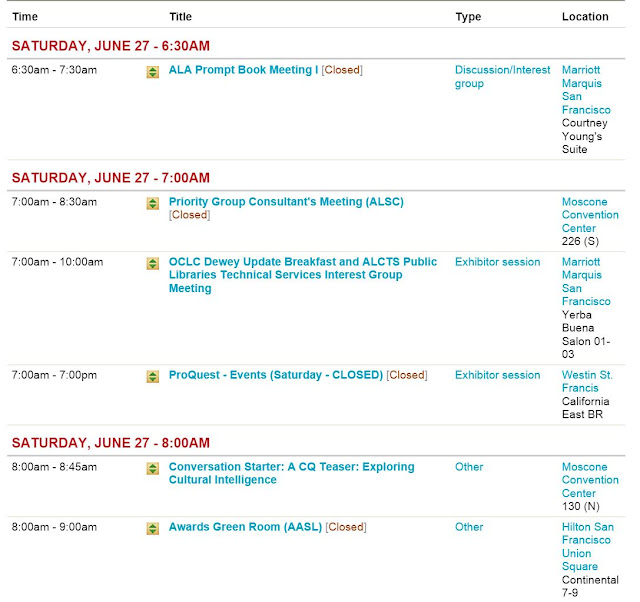 You've heard of IQ and EQ, but what about CQ?

This morning I start out with CQ. It´s a topic I know nothing about, but it seems really interesting and I will certainly examine more about CQ as a concept and the research on the topic.

In the program they describes it as:

Improving our CQ makes us better communicators and more gracious actors in our increasingly diverse world. Through this highly interactive conversation, sample what CQ has to offer and learn tools you can apply immediately as you cross cultural boundaries

The film is the basis of al-Mansour’s middle-grade (and debut) novel The Green Bicycle, about a spunky and sly eleven-year- old living in Riyadh, the capital of Saudi Arabia, who constantly pushes the boundaries of what's considered proper. The story of her attempt to get a bicycle, considered improper for girls to ride, unfolds against the shifting social attitudes of the Middle East, and explores gender roles, conformity, and the importance of family with warmth, spirit, and humor.

The daughter of a poet, al-Mansour studied comparative literature in Cairo and later attended film school in Australia. Her 2005 documentary “Women Without Shadows” speaks to the hidden lives of women in Arab States of the Persian Gulf and was shown at 17 international festivals, received the Golden Dagger for Best Documentary in the Muscat Film Festival, and got a special jury mention in the fourth Arab Film Festival in Rotterdam. Her next film, “A Storm in the Stars,” about Mary Wollstonecraft Shelley and starring Elle Fanning, is set to release in 2016.

It promises to be a good day
Indsendt af Michel Steen-Hansen kl. 07.41