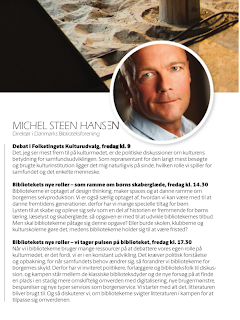 The world continues to experience a rapid pace of change since the launch of the IFLA Trend Report in 2013 who identified 5 high-level trends which have been discussed across the international library community over the past three years. 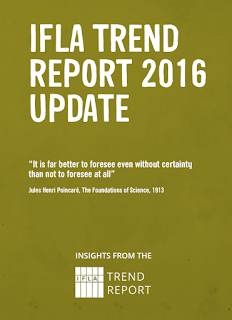 How will new trends affect us when designing services?
What should we be prioritising when developing new policies to support access to information in our libraries?
And what should we be ready to push back against, to defend the ideal of freedom of expression?

IFLA is the global voice of the library and information profession.
The International Federation of Library Associations and Institutions (IFLA) is the leading international body representing the interests of library and information services and their users. IFLA is an independent, non-governmental, not-for-profit organization with over 1300 members in nearly 140 countries.We work to improve access to information and cultural heritage resources for the global community in this rapidly changing digital and print environment. Our key initiatives include access to digital content, international leadership, outreach, cultural heritage, and multilingualism.
In our professional programmes we build the capacity of our members, and set the professional agenda through development of guidelines, standards, publications and events around the world.

IFLA’s status as the global organisation for library and information services ensures that our voice is represented through formal relations with the UN and other organisations.

"In Denmark, librarians felt that a rapidly changing information environment did not absolve librarians of the responsibility to firmly link future decisions with long established moral, ethical and philosophical principles of librarianship. Despite the pace of digital change, and the need for librarians to remain ahead of  the curve, increasingly digital societies can still benefit from longstanding core values and principles. It was suggested that modern digital societies present an opportunity to strengthen the role of the public library as the primary institution for the promotion of democracy, dialogue and enlightenment.

Whether this dialogue and communication takes place in virtual or analogue spaces, libraries still have a critical role in informing those discussions with data, facts, information and knowledge. However, in a context where the role of public libraries is to guarantee free access to information and freedom of expression, they should always remain neutral and agenda agnostic in relation to what patrons should or shouldn’t know or see.

CASE STUDY – DENMARK
In Denmark, the IFLA Trend Report was seen as a valuable opportunity to stimulate discussions around how libraries should work in the future.

According to the Danish Library Association (DLA) the five identified trends served both as a catalyst for debate and an incentive to focus the attention of librarians, politicians, other decision-makers and members of the DLA on emerging challenges and areas which had not received sufficient
consideration in the past. 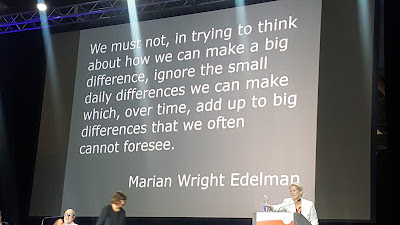 Soon after its publication, the IFLA Trend Report was discussed by the DLA’s Executive Committee in October 2013. In November Aalborg Public Libraries organised a conference on the Trend Report which was open representatives from all Central Libraries in Denmark.

That same month, the Danish Agency for Culture and the Danish Broadcasting Corporation organised a “Masterclass on key digital challenges for the cultural sector” which included a discussion of the Trend Report.

After translating the Trend Report into Danish in January 2014, it was discussed at the DLA’s annual meeting in March 2014 under the banner “current trends, citizens’ expectations and the cultural institutions of the future”. This discussions triggered a range of follow up meetings and events including Trend Report themed debates at the annual Danish Book Fair (Bogforum) in 2014 and 2015, and discussions on “Freedom of speech in a digital era” in November 2014 and “Digital footprints and privacy” in November 2015.

According to the DLA a key theme in these discussions was the role of public libraries in a complex digital environment. Key elements of the Trend Report which generated the most interest among librarians were opportunities for digital enablement and empowerment, alongside the evolving boundaries around privacy and data protection. Debates around the latter were particularly topical for libraries as they took place against a landscape of unfolding current events including Wikileaks publications, and revelations about US state-sponsored surveillance programmes triggered by Edward Snowden.

In May 2014, privacy and data protection became the focus of even greater public and national debate as the result of a scandal involving Danish card-payment company Nets and Copenhagen-based weekly tabloid Se og Hor. Nets was alleged to have intentionally leaked confidential credit card transaction data to the newspaper in order to monitor and track a series of well-known national figures, including a former Prime Minister, members of the Danish Royal family and other celebrities. The extent of the scandal even prompted Edward Snowden himself to write a letter to Danish newspaper Berlingske in which he argued that “anybody who writes and email in Aarhus, uses a credit card in Odense, or calls their mother in Copenhagen will have their private records analysed, and stored not just by unaccountable State Security Bureaus, but even private companies and newspapers.”

These debates highlighted that while surveillance and monitoring were not necessarily new concepts which were unique to the Internet era – new technologies have certainly redefined the abilities of governments and companies to construct detailed profiles of specific individuals and sections of society. Discussion noted that such data collection could often be justified on the grounds of safeguarding national security or enabling new online business models which benefit citizens. At the same time, the newfound ability to aggregate data from different sources to compile an intrusively accurate picture of individual preferences, behaviours and attitudes represents a severe threat to traditional notions of privacy. It also offers public and private institutions opportunities to misuse and exploit data in ways which were previously impossible in the pre-digital age.

However, the DLA also agreed that this trend was not universally negative in its characteristics. The expanding availability of digital information also hands citizens a powerful mechanism to observe political and commercial elites and hold them to account. It was concluded that such developments have the capacity to draw back the curtains of secrecy and silence which have traditionally protected the highest echelons of society, and usher in a new era of transparency, openness and democratic accountability. A key potential work stream that emerged from these discussions is the need for public libraries and library organisations to investigate in the future whether....." Note summary from the report 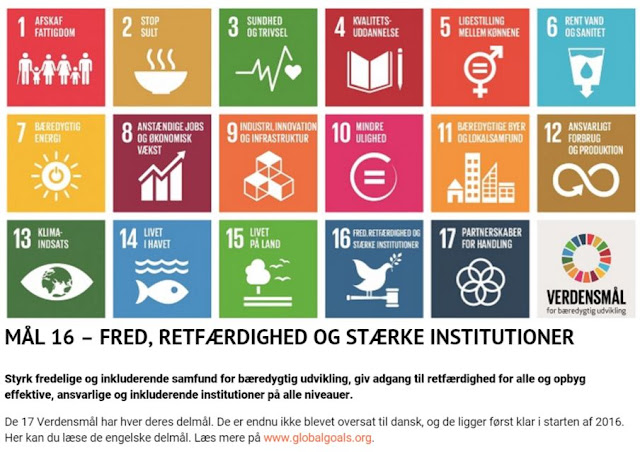