NEED OF DEMONSTRATING VALUE AND IMPACT
The traditionel role of public libraries is changing, and therefore libraries are finding it in­creasingly difficult to defend their economic justification and have an ever-increasing need to demonstrate their impact on and value for society. User satisfaction and number of book loans are far from adequate if we are to learn more about how to assess the role and impact of libraries. Activity – which can be measured – is one thing; value is quite another.

The understanding of the total value created by libraries has been relative­ly limited. Therefore, the Danish Think Tank initiated the first analysis of its kind: “The Economic Impact of Public Libraires in Denmark”.

Download the first Danish study on the economic impact of the Danish public library: The Economic Impact of Public Libraries


Meet the Danish Think Tank Libraires of the Future at at IFLA-poster session. Poster presentations are scheduled between 12:00 and 14:00 on Monday 17 and Tuesday 18 August 2015. Poster board number 32.

From input to impact

CULTURAL AND SOCIAL IMPACT = DKK 4 BN (USD 600 MIO)
Danes put a value on libraries correspond­ing to a total level of willingness to pay up to DKK 4 bn (USD 600 mio) a year. Significantly, more than the DKK 2.5 bn (USD 370 mio) they current­ly pay for libraries via taxes. This high willingness to pay is that libraries fulfil a crucial role as a cultural, social and educational institution – for both users and non-users.

VALUE THROUGH DIGITAL TRANSITION = DKK 200 MI0 (USD 30 MIO)
50,000 Danes get their computer skills upgraded at libraries every year. This accelerates and eases the transition to a digital society and creates value in the form of savings in the public and private sectors in four effects: the transition to email, digital self-service, increased use of online banking and time savings associated.

The quantitative impact is 0,1% of GDP.

REFLECTIONS & REACTIONS
The analysis is the first analysis of its kind in Denmark and object to intensive publicity and discussions about the role and impact of public libraries and ways of measuring cultural institutions.


Dr Rob Adam to be Keynote Speaker at IFLA WLIC 2015 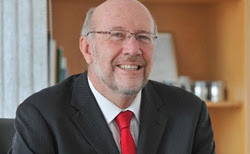 IFLA is pleased to announce that the IFLA WLIC 2015 National Committee has selected Dr Rob Adam as Keynote Speaker at its Opening Session on 16 August. 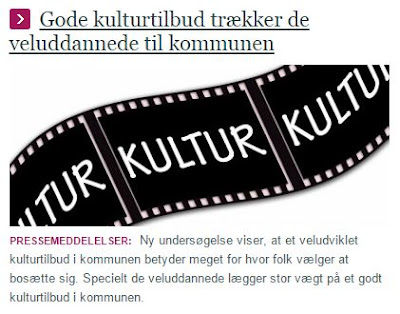