A PRESS RELEASE from eReolen.dk

Negotiating on behalf of the Danish public libraries, Denmark’s Digital Library have finalised deals with the largest Danish publishers from the commercial e-book library lending platform, EBIB, to move the publishers’ titles from EBIB to the libraries’ platform eReolen - i.e. “the eShelf”. EBIB will then close its library business.

Consequently, starting January 2015, the e-books from publishers such as
Gyldendal, Rosinante & Co., Lindhardt & Ringhof, JP/Politiken and others. will be
showcased and promoted via eReolen’s web site and apps. The publishers and the
public libraries have already begun a collaboration designed to diversify the patrons’
usual frontloaded lending patterns and move focus away from the new releases and
more towards the backlists.

All Danish public libraries are expected to offer the new eReolen to their patrons.
The deals have been restricted to 2015 in order to closely evaluate and adjust the
new service. The current 5,000 titles on eReolen are expected to grow to over 9,000
with these new deals, approximately 80% of the Danish-language literature.

Chairman of the eReolen association, Jakob Heide Petersen, states: ”We are happy
with the new deals that strike a balance between the needs of the libraries and
those of the publishers. Our common interest is the promotion of literature and
reading. Now our patrons will have access to a lot more e-books from their library.
eReolen stands to gain both in terms of breadth and quality which we will aid us in
getting more people to start reading e-books. Our successful launch this summer of
an improved digital audio book service followed by a promotional campaign clearly
demonstrated that given the right content and the right technical solution, we can
bring literature to a lot more people. We are looking forward to cooperating with
authors and publishers and to promoting the new e-books alongside our other
services.” 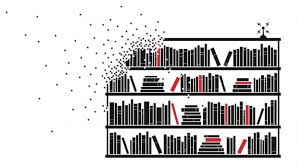 Chairman of Danish Publishers’ Association and CEO of Gyldendal, Stig Anders,
states:”The libraries play an important role in stimulating reading and promoting
literature, and the publishers want to support the libraries as they strive to maintain
and develop this role while the general demand for e-books keep rising. E-books is a
growing market so we will closely monitor how loans and sales develop alongside
each other and make sure the commercial market and library services align
beneficially - both in terms of e-books and printed books.”