Art galleries and libraries are set to become “warm banks” for people struggling to heat their homes as energy bills soar to £3,500.

Bills are expected to rise by 80 per cent in October to £3,549 per year for an average household – more than three times last winter’s level.

The government has been warned lives will be put at risk unless it takes urgent action to shield families from massive price hikes, which are expected to leave some 8.9 million households in fuel poverty, according to charity bosses.

Councils across the country have been drawing up plans to use public buildings as refuges for people who cannot afford to heat their homes, in a similar way food banks are available for those who need essentials, according to The Times.

And now Birmingham, Dundee, Glasgow and Aberdeen councils are also among those looking into providing similar schemes. 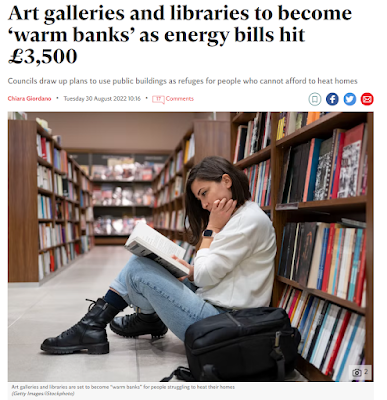