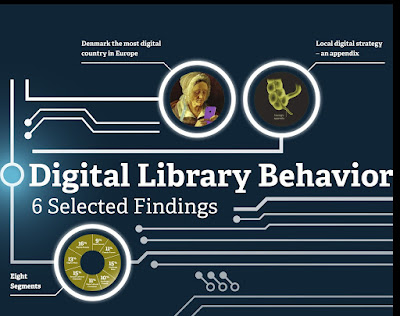 The Danish Think Tank has produced the most profound study on digital library behavior, barriers and drivers for digital library use. The aim of the study is to give deep insight into digital behavior in Denmark and a tool to define a new digital direction for public libraries. 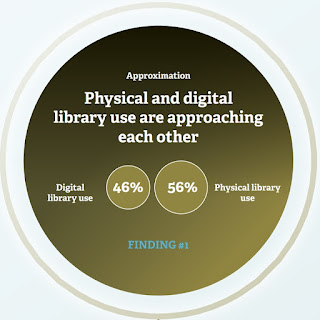 Digital and physical approximation
• Digital library use today is almost as important as physical use: 46% versus 56%
• Over the past three years, the percentage of frequent digital users has doubled: 14% in 2014 and 29% in 2017 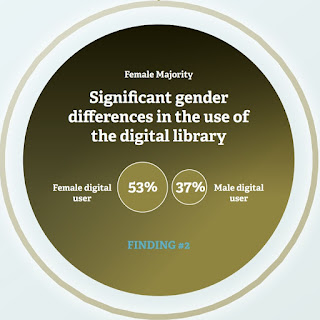 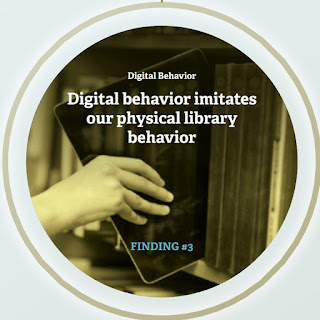 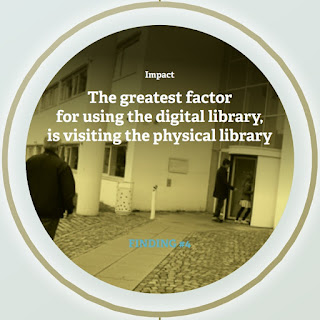 The most significant factor for using the digital library is visiting the physical library
If we want to generate digital users, the easiest way is to  make them physical users first. What matters on a scale from –1 to +1: Physical use (+0.6), gender (+0.03), education (+0.03), age (–0.06) 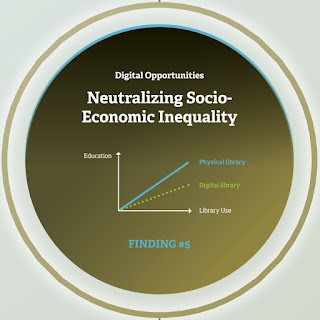 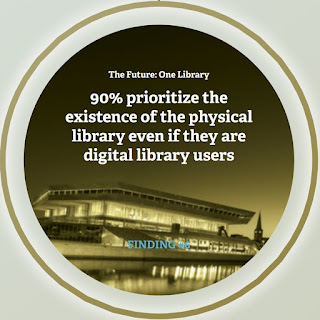 One library in the future
Physical and digital libraries are closely linked and must therefore be developed as one library. Even though Danes’ library behavior is increasingly digital, 90% prioritize the existence of a physical library 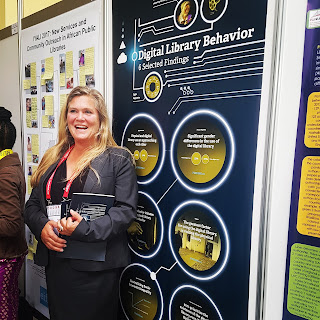 The Digital Library – a Strategic Appendix
Denmark is ranked the most digital country in Europe and all the digital development and possibilities have fundamentally changed people’s digital behavior. The digital library today consists of a wide range of services from ebooks and movies, to databases and magazines, e.g. 50% of all new books are available as ebooks. Despite this favourable situation, digital library strategies at a local level often appear as an appendix to the physical library strategy or do not exist at all. The findings of the Digital Library Strategies study provide deep insight into digital behaviour of both users and non-users.

The quantitative study consists of two parts:
1) A segmentation in 8 digital sections of the population and
2) Transverse findings giving general insight into digital behavioral correlations.

The Danish Think Tank – Libraries of the Future

The ambition is to produce knowledge, analysis and cross-disciplinary activities.
To generate professional, public and political debate and awareness of the role of libraries now and in the future.
Se more http://www.fremtidensbiblioteker.dk/the-danish-think-tank--libraries-of-the-futurehttp://www.fremtidensbiblioteker.dk/the-danish-think-tank--libraries-of-the-future